On the evening of September 22, Beijing time, in the 12th round of the first stage of the Super League, Shijiazhuang Yongchang 0-1 regretted losing to Shanghai SIPG. After the game, Yongchang coach Gutby attended the press conference. 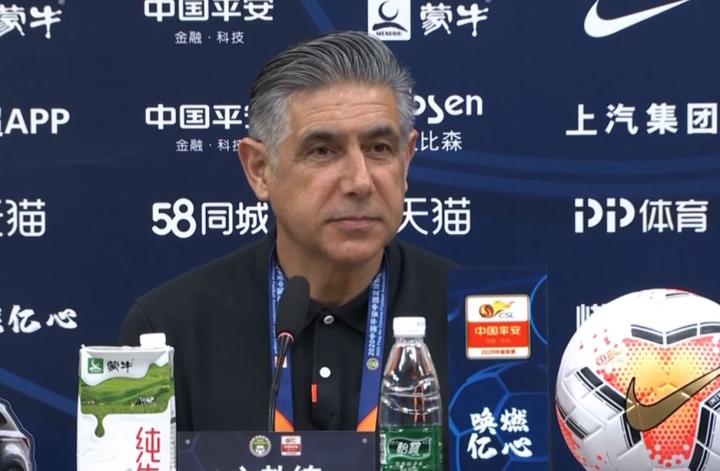 First of all, I want to thank the Yongchang fans who are watching this game no matter where they are. Even though today is an empty game, all the players struggled to the last minute.

Considering the strength of Shanghai SIPG and the injury situation of our team, I think our team performed very well, especially after losing the ball. In the last ten minutes, the team was very active and created enough. The opportunity to at least create a tie. When everyone did their best on the field, I believe that our team is a glorious defeat. Of course, we must congratulate SIPG for winning a game.

First, Oscar suffered an injury in the first half. At halftime, Muric had just returned from injury, and then Matthews suffered another injury in the second half. In fact, these three injured players are very critical to us. All three injuries have an impact on the situation on the court, but sometimes this kind of bad situation occurs on the court, like Chen Pu This kind of young player with potential will get more opportunities to express himself. He performed well today.

When calculating before, I did not think that these three games are to get all the points. There are two more games and six points to win. I believe we still have a good chance.

Anyone who knows me knows that I am a person who will never give up. My dream will continue to the last moment. I believe that my players and fans also have this personality.