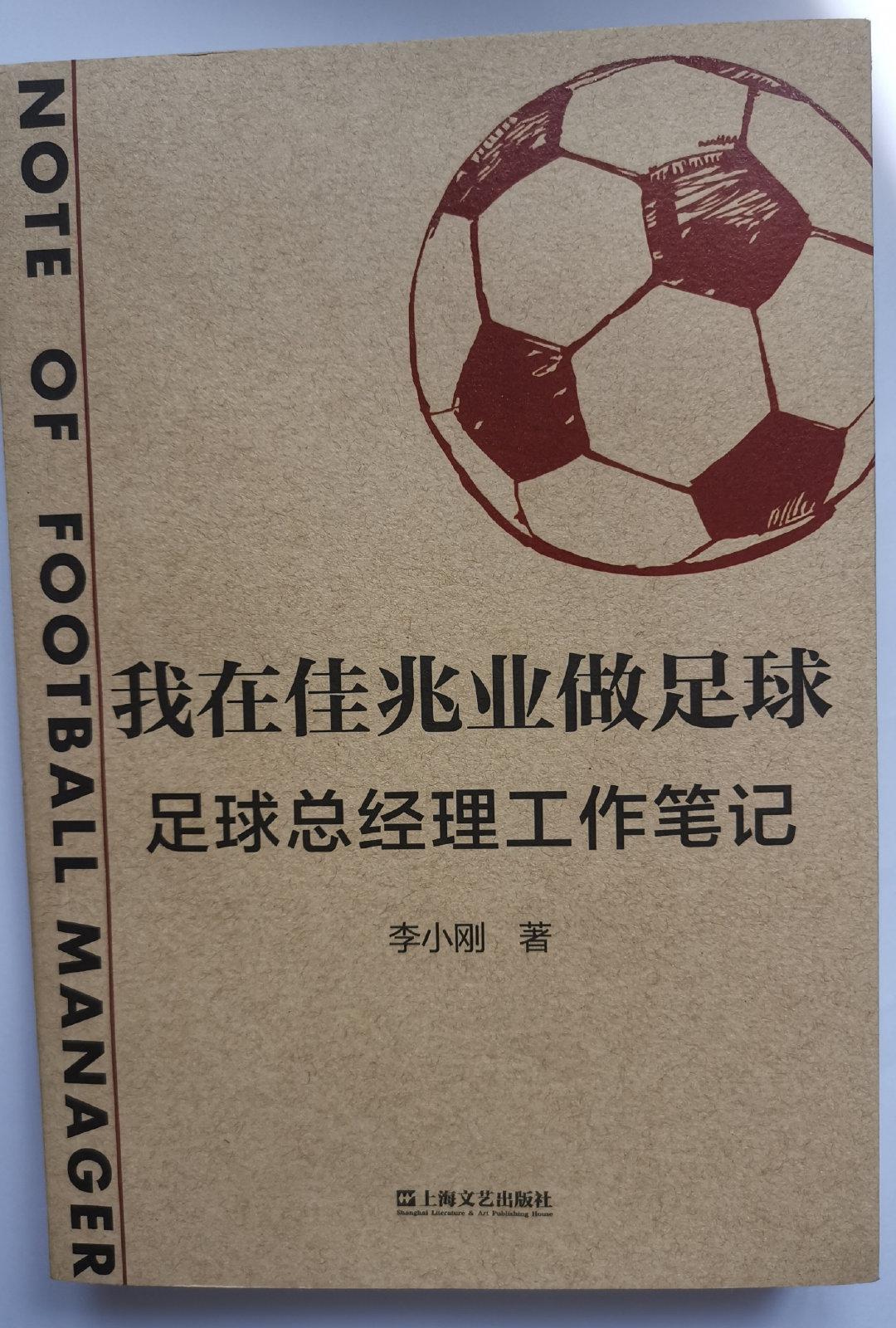 Li Xiaogang graduated from the Chinese Department of Wuhan University. He worked in the media in his early years and then entered the real estate industry. He successively engaged in brand work at Evergrande and Kaisa. After Kaisa acquired Shenzu, he served as the first general manager.

"Because I had participated in football-related work at Evergrande before, I was ordered by the boss." Li Xiaogang said. However, at Hengda at that time, he was involved in brand building on the periphery and did not work inside the club.

From taking office at the beginning of 2016 to leaving in June 2019, Li Xiaogang worked as the head of Shenzhen Football Association for three and a half years. It can be said that he has experienced a lot of things, what to write? how to write? Have to choose.

"There are 49 work reflexes, 15 work thinking, and 3 work exchanges." Li Xiaogang said, "From investment to management, from coaches to signings, from venues to games, from fans to youth training, from cultural co-construction to business In terms of development, I recorded my experience and experience."

Among these, there are many little-known stories, including the acquisition of Shenzu. How was the target set? Scholars can also lead soldiers to fight, general manager’s salary cut, a "pre-war mobilization" on the road to super, general manager’s "big heart", foreign aid that can’t come, coaching Carlos, strict military punishment, captain, and after the game Angrily hit the locker room, who decided to sign, etc.

In the book, Li Xiaogang records some of the introduction of foreign aid.

At the end of 2018, the Shenzhen Football Super League made the last round of miracles. In 2019, as first-year students in the Super League, they encountered many problems, including signings.

The head coach at the time was Carlo. He and Li Xiaogang started the preparations very early. They first clarified the location of the signings, and then drafted a list. Carlo said that the focus of signings is forwards, midfielders and central defenders. In each position, several candidates are designated.

"The one that I spend the most energy on is the foreign forward." Li Xiaogang said. At that time, Carlo wanted a Brazilian forward. Through technical analysis, he believed that his personal ability was outstanding and his style was in line with tactical requirements. The initial progress went smoothly. The two parties negotiated and quickly reached an agreement on the transfer fee and other conditions. Although the personal treatment was higher than expected, it was still within acceptable limits. However, the foreign aid broker also proposed in writing In addition to other requirements, the negotiations became full of gunpowder.

In addition to increasing the annual salary, the personal welfare requirements are even more exaggerated.

Li Xiaogang recalled that he received the letter on a rainy night. He had a telephone conference with the manager of the competition department and the agent of the other party. He lost his temper and said that the club had provided players with very competitive wages and bonuses. , Can fully meet his personal life requirements, is several times his current income, and even his entire career, he can't make so much money, but now he has so many requirements,"

Although the other party compromised at the time, he later used various excuses to not sign the contract, even after Carlo and the player talked. "At that time, the transfer window was about to be closed and we could not wait any longer and could only sign. Play another forward." Li Xiaogang wrote in the book. But this striker did not show the required level and eventually became a topic of public opinion. Of course, it was mostly negative. "More or less determined the end of my career at Kaisa." Li Xiaogang said.

It is well documented who the striker is. He is the Norwegian international Kamara. After joining, he only played 5 games on behalf of the Shenzhen Football Club. There was one assist. After his registration was cancelled, he joined the major leagues for $2.5 million in August of that year. Washington United.

In the "clash" with the Brazilian foreign aid, Li Xiaogang thought he had committed the error of "hanging on a tree", "I thought the transfer conditions were negotiated with the opposing club, and the player's transfer must be a certainty, but I Ignore the fact that there are multiple Chinese and foreign agents behind the foreign aid, which makes the transfer a lot of uncertainty. In the transfer transaction, as long as the player has not fully transferred to the club, it should be with multiple potential targets. Negotiate and form the necessary competitive posture to ensure that the player you like is won."

In fact, Li Xiaogang has sentiment and experience in the management of foreign aid.

He said that there is a joke in the football circle, "Chinese players are less and less able to play football, because as soon as they get the ball, the coach shouts to hand it over to foreign aid and give it to foreign aid to play the goal. When the national team looks up, there is no foreign aid. I don’t know who to pass to, and I won’t shoot."

Li Xiaogang said that although the statement is a bit exaggerated, it is a fact, "We are increasingly dependent on foreign aid, and more and more clubs are paying big prices for big-name foreign aid. In order to let big-name foreign aid come to China, not only To give high wages, you have to continue to meet various living requirements. In the end, not only the original welfare standards of the team were broken by individual foreign aids, but even the bottom line of the club’s management would be broken through and led by the nose. The reason was that it took a lot of money. "Price." He shared his experience, "I think that professional clubs treat foreign aid without special exceptions in the system standards. Otherwise, the general manager and head coach may not be able to control foreign aid, and they will be forced to compromise or even compromise at a critical time. There will be key matches and foreign players will be upset and not play, which will eventually cause greater losses to the club."